Earwig and the Witch (2020, Japan, animated) from Studio Ghibli. Distributed by GKids. Directed by Goro Miyazaki. Currently on HBO Max.

Some of us have been looking forward to Earwig and the Witch, as it is the first CGI film made at Studio Ghibli. I know I was. Given the quality of films from the Studio, it was going to be interesting to see how they handled it. We'll get back to that.

The film begins with a woman on a motorcycle being chased by a yellow car. Dodging other traffic, she takes some of her hair and throws it back at the car, causing it to crash. The woman pulls up at an orphanage and drops off a baby on the front step, along with a note and a cassette tape with the word Earwig on it. She tells the baby she'll be fine there as the rooms are clean and have large windows, brightly lighting the place. It also has the best shepherd's pie in the world. Here, I should point out that this takes place in England. The baby is taken in. The note states that the mother, the woman on the motorcycle, is running from twelve witches and that the baby's name is Earwig. This is ignored and the girl is named Erica Wig. 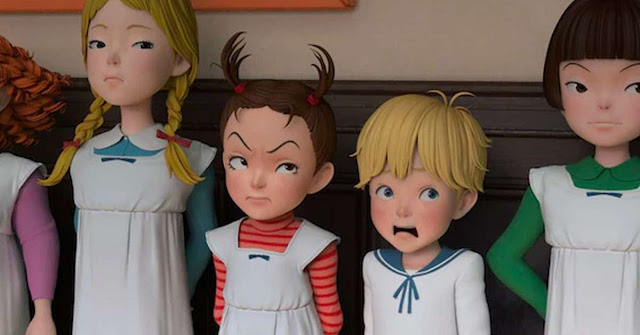 Flash forward about ten years. Erika (Earwig) has grown into a budding con artist that allows her to do all sorts of things without much repercussions. Her best friend is a boy named Custard. He is not as brave as Earwig, but follows her everywhere. Keeping with the British theme, we could call the boy a cowardly custard. 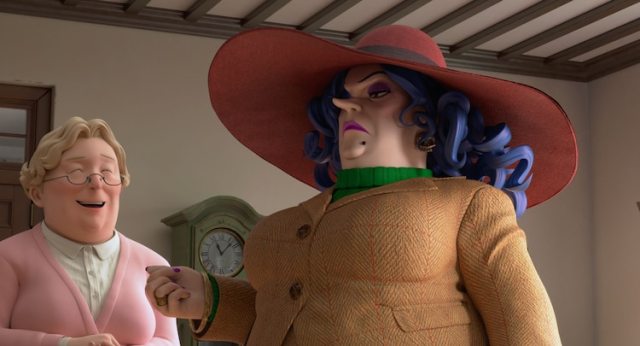 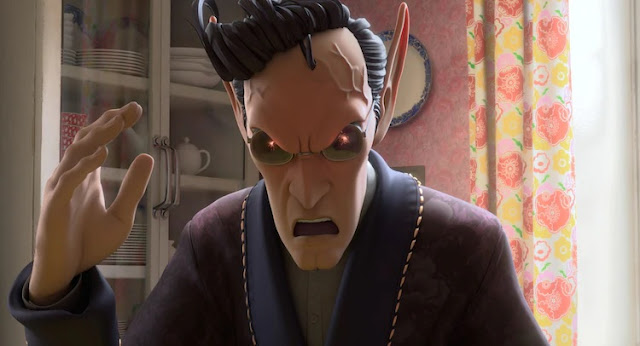 The Mandrake
Things change when a very tall man and a very large woman adopt  Earwig, something she doesn't want. Turns out, the woman, Bella Yaga, is a witch, and the man, The Mandrake, is some form of demon. Bella needs help to make her potions that she makes her living selling.

From there, Earwig tries to get her way. We learn more about those who adopted her; there are some smaller demons flying around (look for the Totoro Easter Egg); and there is a black cat (ala Kiki's).

I'll leave the rest for you to discover.

Let's talk about the elephant in the room, the CGI. Backgrounds are gorgeous. They are everything we expect from Ghibli. The buildings and gardens are very British in design and do not disappoint. The characters are a different story. Although interesting, they lack the fluid motion that we are accustomed to from the Studio. Further, their design is more reminiscent of the TV show Reboot, rather than something like a studio like Pixar would produce.

The story is linear through the last scene in the film. The ending credits are lovingly dotted with drawings of the characters in situations seen in the film and after the ending. Sadly, many of the future scenes are incongruous to the end of the film. It was as if they changed their minds about the plot after they did the closing credits. 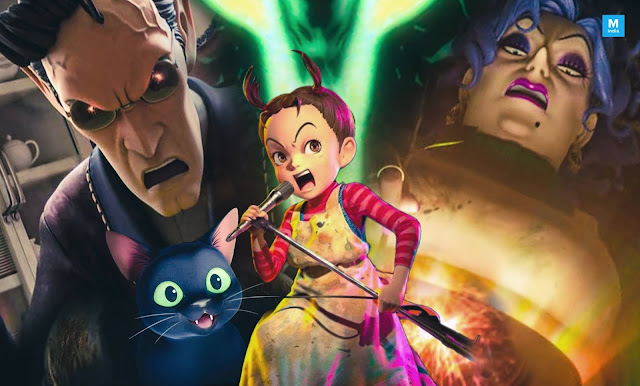 Although I did enjoy the film, I found it below the standards that we are accustomed to coming from Studio Ghibli. But we also need to remember that this is a first effort and hopefully will be looked upon as starting point, rather than what we should expect from now on.  We shall see.
at February 05, 2021 8 comments:
Email ThisBlogThis!Share to TwitterShare to FacebookShare to Pinterest
Older Posts Home
Subscribe to: Posts (Atom)

movies, stories and laughs
Hello. This site will be used to talk about films, humor, and other things that I feel about writing about. No politics. No religion. Nothing that would cause embarrassment. At least not to the reader. I might embarrass myself. I'm good at that.

I've been nominated for 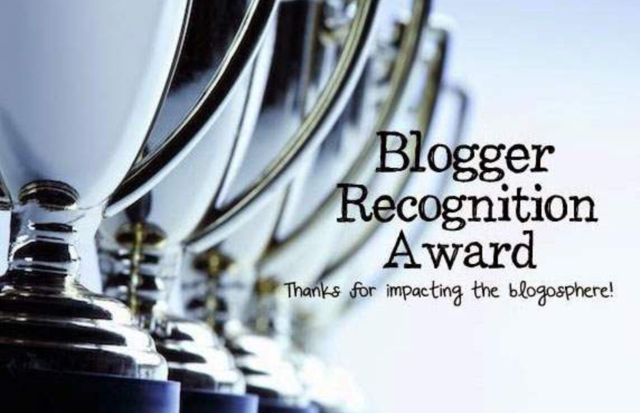 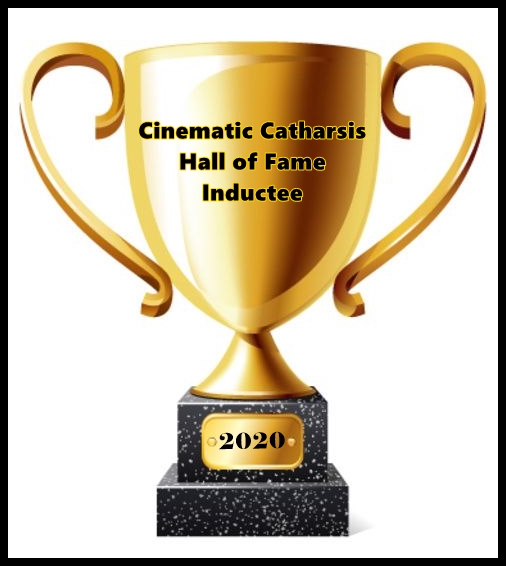